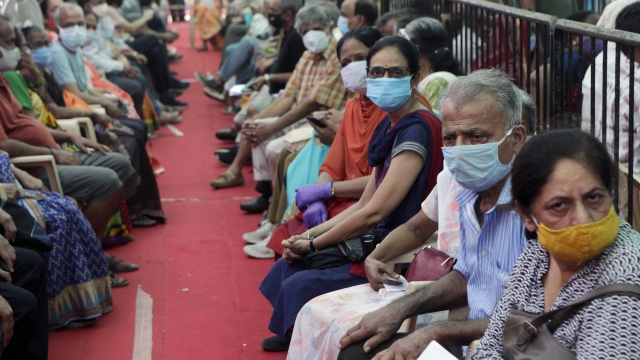 India's government announced it has 10 million doses of vaccines in storage and will distribute some in the coming days.

That comes as the country is setting new daily records for new cases and deaths.

India now has more than 18 million COVID cases confirmed, second only to the United States. Hospitals and morgues are overwhelmed and some blame the government for failing to prepare.

Barkha Dutt, editor of Mojo, said, "What I want to say is that the health care system has clearly collapsed, but the failure has not been that of the doctors or of the hospitals or of the frontline workers. They've done their best. We have been failed by policymakers, by politicians. We've been failed by the government that did not think to put in place a contingency plan for the second wave."

Some help is on the way, including from the U.S.

The White House says it's sending more than $100 million in supplies to help the country. That includes oxygen support, 15 million N95 masks, rapid tests and supplies to manufacture over 20 million vaccine doses.

Meanwhile, the State Department is telling U.S. citizens to leave India as soon as possible.