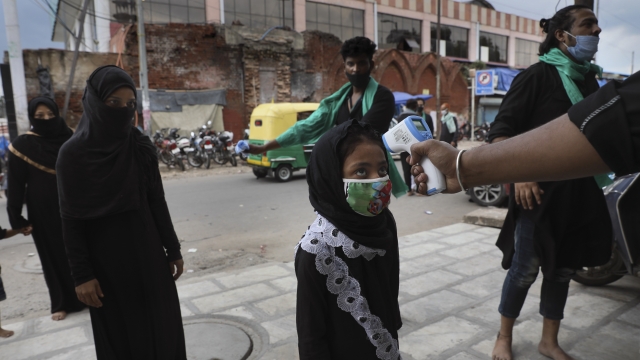 India has set a global record for the highest number of COVID-19 cases reported in a single 24 hour period – over 78,000. It broke the global record the U.S. set in July. India also reported Sunday almost 1,000 new deaths.

The surge came as the country's government announced it would loosen some coronavirus restrictions: the subway in New Delhi is set to reopen gradually next month, and some sports and religious events could start back up.

At over 3.5 million, India has the third highest number of cases behind Brazil and the U.S. It has the fastest-growing daily caseload, and the death toll is about 63,500. India is conducting nearly 1 million tests every day.

Contributing to the problem is the country's severe poverty. In Mumbai, millions live in crowded slums, sometimes eight to 10 people in one room. Hospitals are overwhelmed.