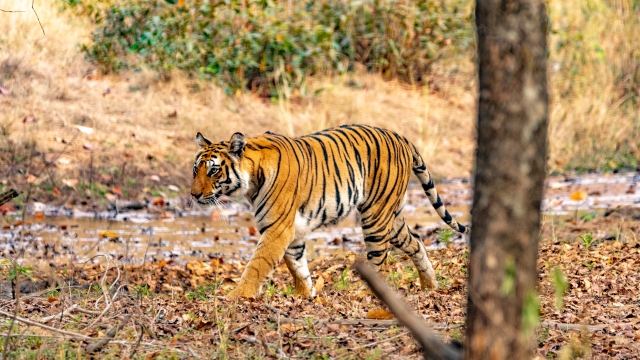 SMS
India's Wild Tiger Population Continues To Rise
By Katherine Biek
By Katherine Biek
July 29, 2019
According to a new survey, India's government estimates there were almost 3,000 tigers in the country in 2018.
SHOW TRANSCRIPT

The survey's release was timed to coincide with International Tiger Day — the same day the Discovery Channel announced Modi had teamed up with survival expert Bear Grylls for an upcoming episode of his TV show "Man vs. Wild."

More than 100,000 tigers roamed the planet in 1900. But that number fell to about 3,200 in 2010, thanks in large part to poaching, deforestation and locals fearing for their safety. In an attempt to save the endangered species, India and 12 other countries pledged that year to double their tiger populations by 2022.

India's tiger population totals have continuously increased as it added more forest cover and protected reserves for the cats. It's also been illegal to poach tigers in the country since the 1970s.

There are an estimated 3,900 tigers still living in the wild. This means India is home to more than 75% of the world's wild tiger population.