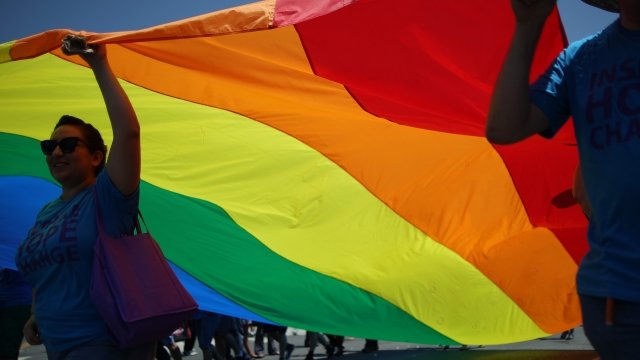 By Katie Cammarata
September 6, 2018
The court struck down a law that carried a maximum sentence of life imprisonment for sex "against the order of nature."
SHOW TRANSCRIPT

People across India are celebrating after the country's highest court struck down a nearly 160-year-old law that essentially banned same-sex intercourse.

A five-judge bench ruled on Thursday that the law led to sexual orientation discrimination and was unconstitutional. It carried a maximum sentence of life imprisonment for sex "against the order of nature."

A crowd reportedly cheered outside the Supreme Court building when the decision came down.

The Guardian reports that India has one of the largest gay communities in the world.

In the ruling, one of the Supreme Court judges said: "History owes an apology to members of the community for the delay in ensuring their rights."