India's Prime Minister Must Really Like His Camera Time 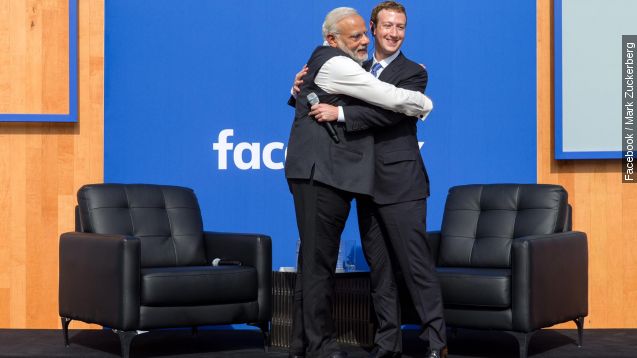 So, India's prime minister seems to have had a moment while visiting Facebook's headquarters.

Modi was talking to Facebook's COO, Sheryl Sandberg. No word on what the box thingy was.

Modi's visit was part of a tour to woo Silicon Valley giants.

Also on the agenda were Tesla, Google and, of course, the United Nations Headquarters to meet President Barack Obama.