India's Infrastructure Might Be Magnifying Death Toll From Heat Wave 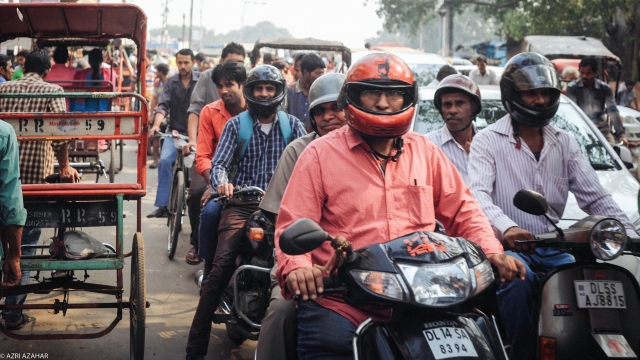 By Melissa Prax
April 23, 2016
The number of deaths during India's annual heat waves might be indicative of a larger issue: poor infrastructure.
SHOW TRANSCRIPT

Every year, hundreds to thousands in India die from heat-related causes, and the country's poor infrastructure could be putting people at a higher risk.

So far this month, the heat has killed more than 120, and this is only the beginning of India's hot season, which runs through June.

Last year, these months were the hottest on record, and some of India's roads started melting. Officials say 2016 could break that record.

The roads melt because more durable materials are expensive and the cheaper materials used aren't high quality. In cities like India's capital, where at least 8.8 million vehicles are driving around, the roads need even more upkeep.

And roads aren't the only issue. Larger cities experience frequent power cuts because there are few generators to meet the high-energy demands from a growing population.

As a result, a little more than 21 percent of India's 1.25 billion people don't have electricity and around 6 percent don't have access to clean water.

So when a heat waves hit, people without these necessities are more prone to drought and exposed to brutal temperatures.