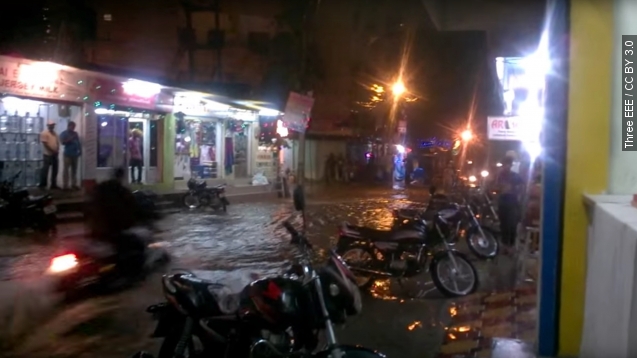 While the forecast in Chennai, India, is looking drier and the city is starting to slowly repair, the worst rainfall in a century is leaving some officials wondering if it's a side effect of climate change. (Video via BBC)

Intense rains and flooding in Chennai have killed more than 260 people as of Saturday morning.

Most of the southern city was forcefully shut down by the water. Trains stations and the airport were temporarily closed, thousands were rescued as their homes were destroyed and there were large electricity outages. (Video via Lankasri)

Union Environment Minister Prakash Javadekar told the Hindu, "What is happening in Chennai is the result of what has happened for 150 years in the developed world. That is what has caused 0.8 degrees Celsius temperature rise. And therefore they must now take action more vigorously."

Javadekar, however, refused to address another climate change issue — the pollution in India. (Video via Zee News)

Union Women and Child Development Minister Maneka Gandhi said on Thursday that while the Western world may have been a major polluter 100 years ago, now India is a bigger polluter. (Video via NDTV)

But according to a speech made at the COP21 climate summit by Prime Minister Narendra Modi, the country isn't likely to change at this point.

Chennai's heavy rain was caused by an El Nino among other weather factors, according to Indian meteorologists.