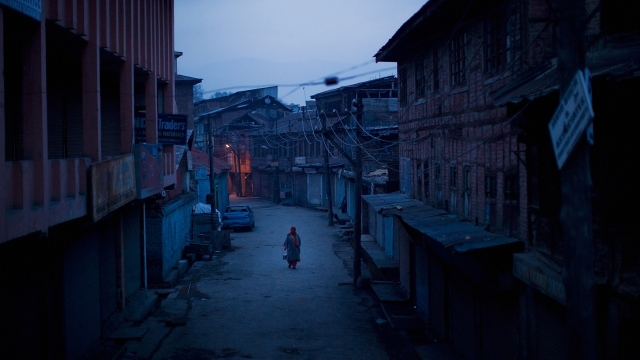 SMS
India Revokes Special Status For Kashmir
By Katherine Biek
By Katherine Biek
August 5, 2019
Kashmir has had autonomous rule for the last seven decades, thanks to a provision in India's constitution.
SHOW TRANSCRIPT

Tensions rose between India and Pakistan Monday after India's government made a move to give it more control over the disputed border region of Kashmir.

The Muslim-majority region is located in India's Himalayan mountains. Both India and Pakistan claim the land is theirs, a lengthy dispute that's dragged both nations into three wars.

Kashmir has had autonomous rule for the last seven decades, thanks to a provision in India's constitution known as Article 370. That special status gave the region the right to make its own laws except in certain matters — such as foreign affairs, defense and finance.

The Indian government also said it supports a measure to turn the state of Kashmir and Jammu into a union territory, which would give New Delhi a direct say in its affairs. The measure would additionally separate the remote region of Ladakh and turn it into its own standalone union territory.

In a statement, Pakistan's foreign office said the move to change India's constitution violated United Nations resolutions and that it would "exercise all possible options to counter the illegal steps" taken by India.