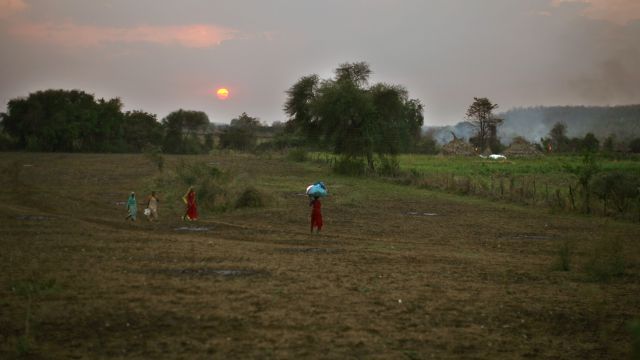 The magic percentage of 55 is around the corner. Fourteen more countries, accounting for about 12 percent of global emissions, have promised to ratify the agreement before the end of the year.

Ideally, that will happen before the next UN conference on climate change in November. President Barack Obama has pushed other world leaders, including Modi, to speed up their approvals.

If the plan goes into effect this year, it would prevent the next president from legally backing out within the next four years.

India is the third-largest carbon emitter, behind the U.S. and China. But initially, India was viewed as a hostile participant because officials wanted to prioritize getting the nation's citizens out of poverty and expanding electricity coverage over cutting emissions.

But the country was able to strike a deal by pledging to increase its use of renewable energy rather than cap or cut its emissions, allowing the world's fastest-growing large economy to continue its upward trajectory. India's emissions will continue to grow, but at a much slower rate than other emerging economies.