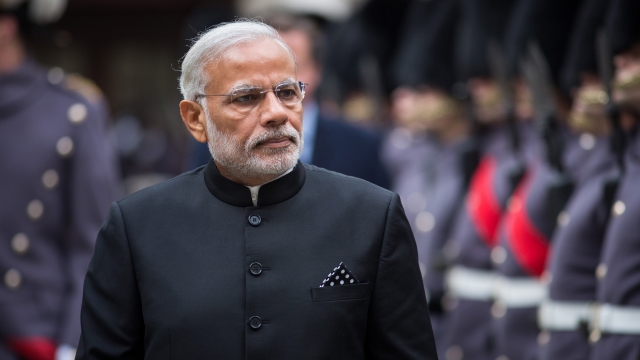 India's upper house of Parliament passed a controversial citizenship bill Wednesday to grant Indian citizenship to immigrants from three nearby countries, but not if they're Muslim.

The Citizenship Amendment Bill applies to Hindus, Sikhs, Buddhists, Jains, Parsis and Christians who illegally entered the country from Afghanistan, Bangladesh and Pakistan.

Critics say the bill is unconstitutional because it denies citizenship based on religion.

Harsh Mander, an Indian human rights activist told CNN: "It amounts to truly destroying the very character of the Indian state and the constitution."

Supporters say the bill is designed to crack down on illegal immigration.

In a tweet, Indian Prime Minister Narendra Modi said it was a "landmark day for India and our nation's ethos of compassion and brotherhood" and that the bill will "alleviate the suffering of many who faced persecution for years."

However, critics argue it excludes Muslim minorities who face persecution in neighboring countries, like the Rohingya from Myanmar. They complain Modi is turning the country into a Hindu nationalist state.

Lawmakers approved the bill just a day after it was passed in the lower house of Parliament. The bill now has to be signed by the president for it to become law. He is expected to sign it.