India Mourns The Death Of A Beloved Actress-Turned-Politician 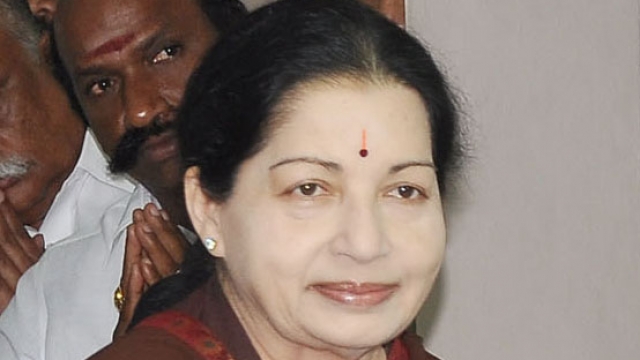 Thousands of people in India are mourning the death of one of the country's most popular politicians: Jayaram Jayalalithaa.

Jayalalithaa was an actress, starring in over 100 films, but she decided to get into politics in the 1980s.

As an actress and as a politician she was beloved by her supporters, who sometimes showed their devotion by walking on hot coals or prostrating themselves before her. And that loyalty was evident during her funeral procession Tuesday.

Jayalalithaa gained popularity through populist programs, like funding food canteens, giving away food mixers and providing free laptops to school children. She was also the state's first female opposition leader and worked to make the assembly safer for women.

There were dark spots in her political career, though. In 2014, Jayalalithaa was sentenced to four years in prison on a corruption charge, but that sentence was overturned just a year later. Even the conviction didn't hurt her popularity.

Jayalalithaa served five terms as chief minister of the southern Indian state of Tamil Nadu. She died Monday after suffering a heart attack the day before.