India Increases Tariffs On US Goods After Trump Action On Trade 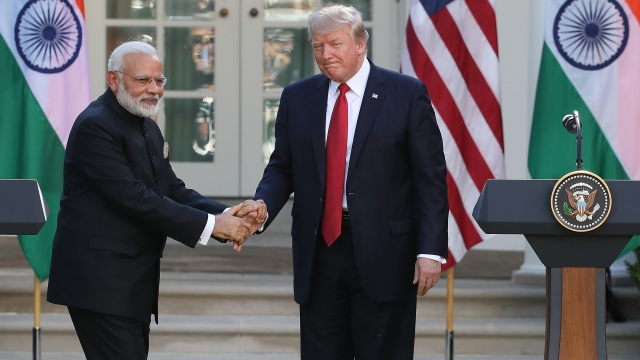 Some levies increased to as much as 70%, and India previously told the World Trade Organization that the goods are worth around $241 million.

India first announced plans to increase tariffs last year after the U.S. increased import duties on some Indian products. But, the increase kept being put off as the countries held trade talks.

India had been designated as a beneficiary developing country since 1975. That gave the country a special trade status, exempting billions of dollars of Indian goods from U.S. tariffs. President Donald Trump ended that status June 5. He said India hadn't assured the U.S. it will provide "equitable and reasonable access to its markets."

On Saturday, India's finance ministry said the retaliatory move is "necessary in the public interest."