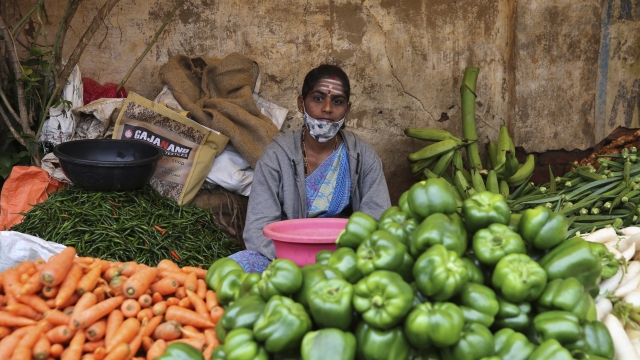 Experts say many are getting tired of precautions like mask wearing and distancing while social media is spreading false information and fake cures.

India on Sunday says the number of reported coronavirus cases there has surpassed seven million.

The Health Ministry said almost 75,000 infections had been reported in the previous 24 hours. India also raised its total fatalities to over 108,000 after reporting another 918 deaths.

The grim milestone comes as experts warn of mask and distancing fatigue among the world's second largest population. Experts say they've done what they can to slow the curve of the virus, but population density and socioeconomic challenges prevent them from lowering the curve. Compounding the problem is misinformation and fake cures spreading through social media.

The situation in India could be even more dire than reported. Health experts say India's numbers may not be reliable due to poor case reporting and a lack of testing.

India is expected to become the country with the highest number of reported cases in the coming weeks. Currently. the United States has the most with about 7.7 million.