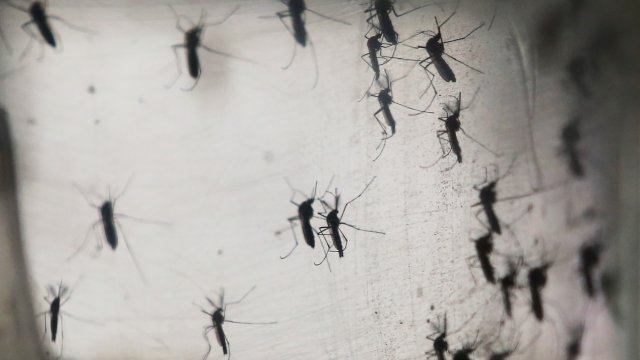 By Caitlin Baldwin
October 11, 2018
As many as 32 cases have been confirmed.
SHOW TRANSCRIPT

India is dealing with a large outbreak of the Zika virus.

Multiple outlets report 29 cases have been confirmed, while CNN reports up to 32 cases.

According to CNN, the outbreak is the biggest the country has ever seen.

India's confirmed case number is high, but to put that number into perspective, the largest outbreak ever recorded was in French Polynesia. According to NPR, researchers estimate almost 20,000 people there were infected between 2013 and early 2014.

Zika is primarily transmitted by mosquitoes and can cause fever, rash and headache, among other mild symptoms. However, it can cause birth defects in infected pregnant women.

Officials in India are monitoring the outbreak. CNN reports residents are being tested and mosquito samples are being collected.