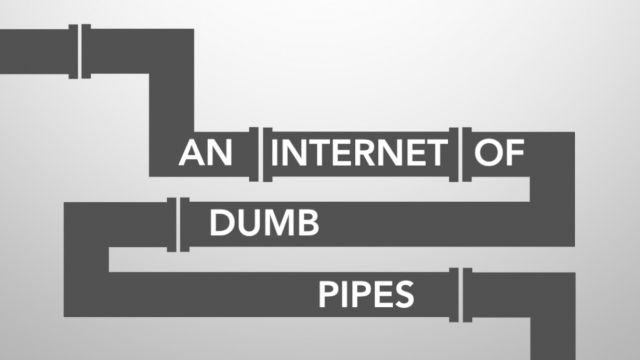 SMS
India Cracks Down Harder Than The FCC, Bans Special Data Pricing
By Evan Thomas
By Evan Thomas
February 9, 2016
India's new rules are even stricter than those the Federal Communications Commission put in place in 2014 to govern U.S. telecommunications.
SHOW TRANSCRIPT

You might have seen how this locks Facebook's Free Basics program out of the country. But the Telecom Regulatory Authority of India, or TRAI, is responsible for the nation's communications policy — just like the Federal Communications Commission is in the U.S.

The TRAI chairman said, "Anything on the Internet can't be priced based on content, applications, source and destination."

It's got to be an Internet of dumb pipes, in other words. It's a lot like what FCC chair Tom Wheeler said of the Open Internet rules:

"Not only does that mean no blocking, no throttling and no fast lanes — it also means vigilant oversight as the Internet continues to evolve." (Video via Federal Communications Commission)

Democratic processes helped both initiatives along. In India, net neutrality campaigns helped trigger 1.1 million comments by the public deadline — just as they bolstered the 1.47 million comments the FCC collected ahead of its own Open Internet ruling.

The FCC doesn't explicitly list fines but instead says it will investigate transgressions and follow through on complaints. (Video via C-SPAN)

Which isn't to say it won't crack down when it has to. It fined AT&T $100 million for throttling content in violation of transparency rules — and the throttling clause of the Open Internet order.

Still, the FCC hasn't gone so far as to ban differential data pricing. Just look at any of the sponsored data programs domestic carriers are running, in spite of the FCC's bright-line rules. (Video via Comcast, AT&T)

This video includes images from Getty Images and viggy prabhu / CC BY SA 4.0.