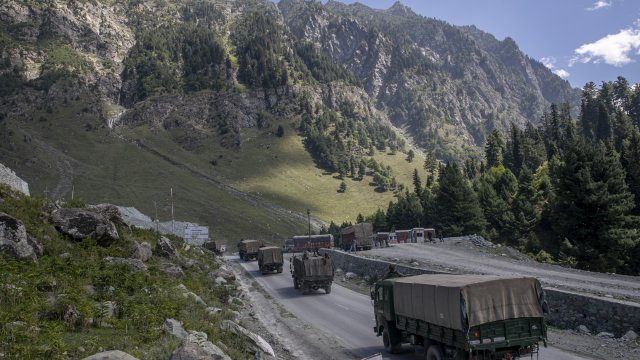 India and China have agreed to disengage thousands of troops in a standoff at a disputed border in the Himalayas.

Foreign ministers from the two countries met in Moscow Thursday on the sidelines of a regional security and economic meeting.

In a joint statement, India and China said the two sides agreed the standoff is not in the interest of either side and agreed to "continue their dialogue, quickly disengage, maintain proper distance and ease tensions."

Indian and Chinese troops have been facing off for months in the Himalayas, each recently accusing the other of sending soldiers across the border and firing warning shots. In June this year, 20 Indian soldiers were killed in a fight over the land.