Could Social Distancing Open the Door for a 3rd Party Candidate? 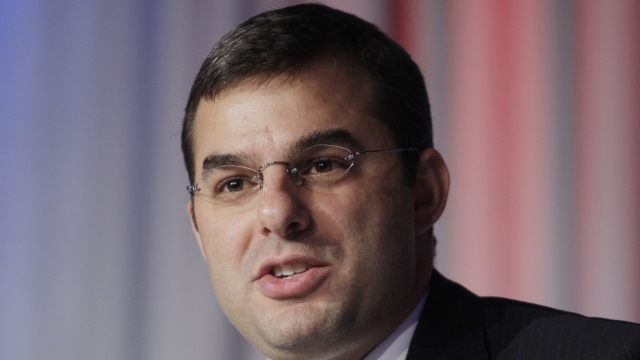 SMS
Could Social Distancing Open the Door for a 3rd Party Candidate?
By Amber Strong
By Amber Strong
April 15, 2020
These types of candidates are long shots. But political experts say the current circumstances could be the perfect recipe for a 3rd party candidate.
SHOW TRANSCRIPT

The game is afoot.

“We will make America great again.”

"We will rebuild American leadership.”

And the November ballot is all but set.

Unless of course, a high-profile third party or independent candidate should throw their hat into the ring.

Someone like billionaire Mark Cuban or Republican-turned-independent, Congressman Justin Amash of Michigan..

At best, these types of candidates are long shots. But political experts say the current circumstances could be the perfect recipe for a 3rd party candidate to have a bigger influence in 2020.

"If this were normal times, I would say, absolutely Why are we even entertaining this man? Why are we talking about him? There's obviously no way that he could make any inroads. The only reason why I'm leaving just a crack in the door open is because candidates cannot campaign the way they have in the past. So previously, in previous presidential elections, you needed money, because you needed to travel to all 50 states. Well, no one's doing that. “

And not winning does not mean these candidates are irrelevant. Fordham University Associate Professor of Political Science Dr. Christina Greer says a momentous run often siphons votes  away from the major party candidates.

“Part of the reason why George HW Bush lost that election, besides the fact that Bill Clinton is a fantastic campaigner, and there are some issues about George W. Bush saying he wouldn't raise taxes, and he did, but it's because Ross Perot actually got 19 million votes.”.”

But a would-be independent candidate for this year... is running out of time to get on the ballot in key states.

For example, to make it on the ballot in the swing state of Florida, a candidate would need more than 132,000 signatures by July 15.

Congressman Amash, who left the Republican party in 2019 after clashing with President Trump, could run 3rd party, as a Libertarian.

The party holds its convention next month and so far, doesn't have a high-profile candidate.

In a statement Wednesday, Amash’s campaign told Newsy,“....a decision can be expected soon. “