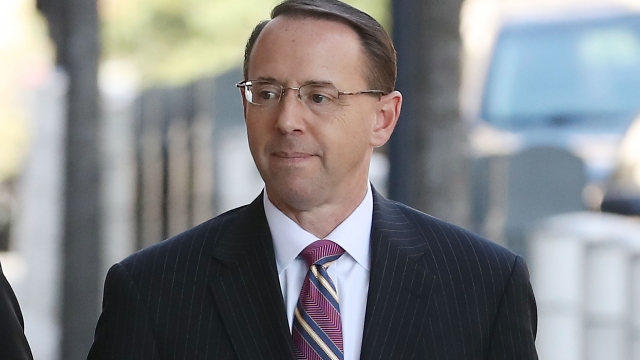 SMS
After Sessions' Recusal, Deputy AG Won't Commit To Special Prosecutor
By Jake Jones
By Jake Jones
March 7, 2017
Rod Rosenstein wouldn't commit to getting a special prosecutor for the investigation of Russia's potential involvement in the 2016 election.
SHOW TRANSCRIPT

If confirmed, Rosenstein will handle the Justice Department's investigation into potential Russian involvement with the 2016 election and the Trump campaign. Attorney General Jeff Sessions recused himself from the probes.

Senators Dianne Feinstein and Al Franken focused on the Russia investigation during Rosenstein's confirmation hearing. They honed in on whether he would appoint a special prosecutor to the case.

"I think the answer is, I'm simply not in a position to answer the question because I don't know the information that they know — the folks who are in that position to make that decision," Rosenstein said at his confirmation hearing Tuesday.

That's not the answer Democrats were looking for. 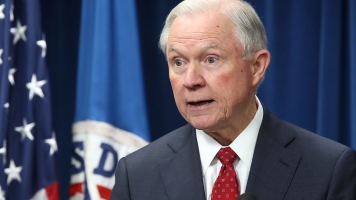 Sessions Defends His Answer About Not Meeting With Russians

At least one senator wants to block Rosenstein's nomination unless he commits to appointing a special prosecutor.

But Senate Judiciary Committee Chairman Charles Grassley said it was "premature" to discuss an independent counsel. He voiced his confidence in Rosenstein's judgement.