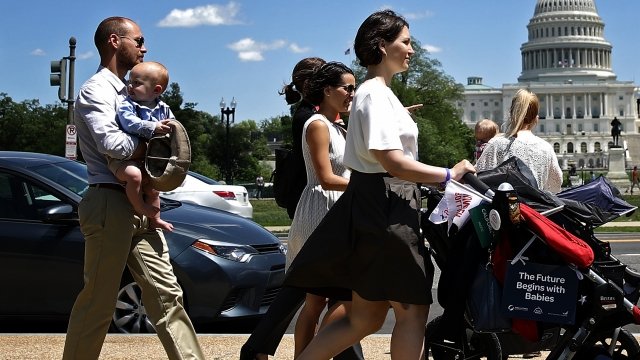 Ever see a child attached to a stretchable tether? The kiddo can only venture as far as it stretches, then gets tugged back by the natural pull. Tethers are really good at keeping kids close.

It turns out, that's sort of how economic achievement works, also. Economists study something called intergenerational elasticity, or IGE. It looks at how our incomes drift from where our parents stood.

If there is a perfect elasticity of 1.0 (meaning there's no give in the tether), parents with median incomes will have kids who earn median incomes. By contrast, zero elasticity means a parent's income won't tell us anything about how much their child will earn. Zero elasticity. It's basically "Baby's Day Out."

Market-based economies (like the U.S.) typically fall somewhere in the middle, but the trends are changing. And according to a 2012 analysis, the U.S. IGE is pretty high — meaning how your parents did is a strong predictor of how you will do. The details start with a caveat. This analysis looked specifically at fathers and sons; it turns out elasticity is lower for daughters (they have more flexibility).

In the father-son category, the American IGE was 0.47. This means that nearly half of a son's income is pre-decided by his father's. (In the past, it was 0.3) Canada's is 0.19: There, only 19 percent of the income advantage or disadvantage for a father carried down to his son. 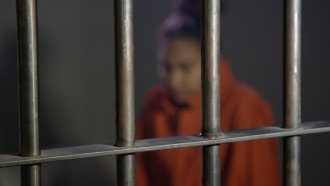 Keep in mind that statistics aren't destiny. Individual kids can wiggle free from a tether, moving up or down the ladder.

Is there anything we can do to increase American opportunity? A handful of researchers are trying to figure that out.

One 2014 analysis compared American cities and found large variations. A child born into the bottom 20 percent in Charlotte, North Carolina, had a 4.4 percent chance of reaching the top 20 percent. In San Jose, California, a similar child's chance rose to 12.9 percent.

Since then, a 2017 study found evidence that job networks, institutions like unions that might reduce inequality, and the tendency to marry a working spouse all played significant roles.

So now the question is: Will the economic tethers continue tightening in the U.S., or can we find a way to secure the American dream and make ourselves a little more mobile?