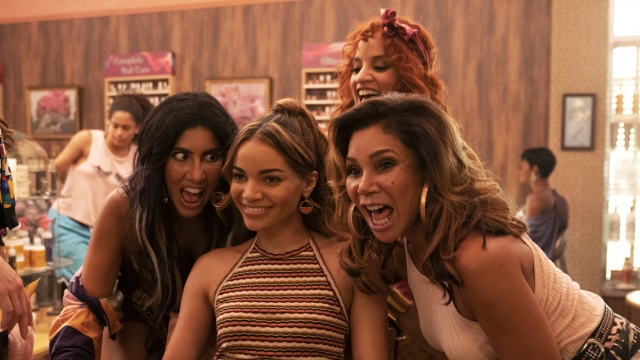 "In The Heights" is the musical of the summer. Telling the story of the New York City neighborhood of Washington Heights, the film is a celebration of community, family and Latin American culture.

Actress Olga Merediz: "That translates no matter what your background is. You'll be able to connect to that music, but also to see Latinos, Latinx, the community to see us like everyone else."

Directed by Jon M. Chu of "Crazy Rich Asians" fame, and written by Lin-Manuel Miranda and Quiara Alegría Hudes, "In The Heights" premieres more than a decade after its Tony award-winning Broadway debut.

The movie stays true to its source and its push to uplift real Latin American communities.

Actress Daphne Rubin-Vega: "It tells these specific, real relatable stories, and does not hang on the trauma of it."

Actress Leslie Grace: "We have so many stories on the ends of the spectrum. It's either like completely ignoring that there's any struggle, or it's like we're criminals."

"In The Heights" explores the underrepresented Latinx stories of first-generation college students, business owners battling gentrification and neighborhood matriarchs who raised the children of the community as if they were their own.

Grace: "You get to see the breadth of the experiences, in all of our characters."

Actor Jimmy Smits: "The dad that I play is my uncles, my tios."

Actress Dascha Polanco: "To be able to draw inspiration from my aunt, Tia Charella that has a salon, or the mothers or the cousins."

Smits: "These women who are like the backbones of our communities, of our families."

Polanco: "Not only were we willing to do that, but we were proud to do that."

The "In The Heights" cast hopes that the film can inspire more stories from Latin American communities around the country.

Merediz: "This story, I hope, is the beginning of many, many Latino stories."

"In The Heights" premieres Friday, June 11 in theaters and on HBO Max.