In California, Goats And Sheep Return To Firefighting Duty 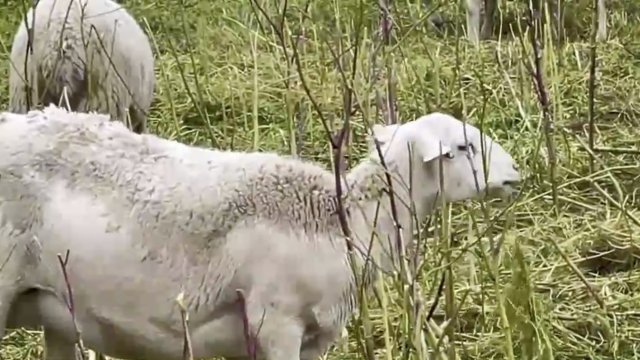 SMS
In California, Goats And Sheep Return To Firefighting Duty
By Scott Withers
By Scott Withers
March 31, 2022
For the second year in a row, the city deployed the herd to clear out hundreds of acres of open fields in and around the city.

Hundreds of goats and sheep are working around the clock protecting Sacramento California from wildfires.

For the second year in a row, the city deployed the herd to clear out hundreds of acres of open fields in and around the city.

"The sustainability of it — the ability to do something without the use of mechanical equipment — that is lessening the carbon footprint," said Shawn Aylesworth, park maintenance manager for the city of Sacramento. "And its all geared toward the protection of the neighborhoods that border these open areas."

Extreme grazing is not new. Ranchers have been doing it for as long as there have been ranches. But cities are slowly adopting it as a climate friendly alternative to machinery.

"There really isn’t a cost savings. Its really the benefit of what were doing for the environment and our stewardship responsibilities," Aylesworth said.

The animals can clear cut a few acres in a few days.

The goal is to reduce the wildfire threat to the houses nearby.

100 percent of the state of California is in some level of drought, and the state’s capital city is in a severe drought.

Using the herd reduces the risk of an accidental spark from a lawnmower starting a fire.

The goats and sheep will finish their first tour of duty in a few weeks, but they’ll be back in the summer when the fields are really dried out.