In A Blow To Sanders' Campaign, Clinton Takes New York 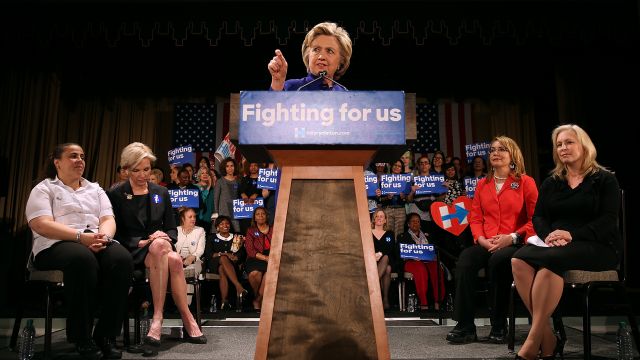 SMS
In A Blow To Sanders' Campaign, Clinton Takes New York
By Jake Godin
By Jake Godin
April 19, 2016
With a win in New York, Hillary Clinton has dealt a major blow to Bernie Sanders' campaign, making it much harder for him to grab the nomination.
SHOW TRANSCRIPT

It's a vital win for the former secretary of state and one that puts a big dent in her rival's campaign.

With a New York win under her belt, Clinton will get a chunk of the state's 291 delegates. That chunk will be enough for her to maintain a strong lead over Bernie Sanders' total pledged delegates.

Still, Sanders is continuing to inch closer to Clinton in national polls, trailing by an average of 1.4 points.

And the candidates aren't done with New England just yet. Primaries for Connecticut, Delaware, Maryland, Pennsylvania and Rhode Island will all be held next Tuesday.

This video includes images from Getty Images and clips from ABC, Bernie 2016 and Hillary for America.