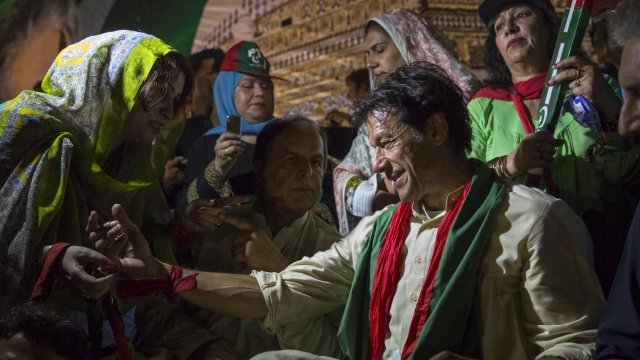 The election could be a major transitional period for Pakistan. It will be only the second democratic transfer of power in the country's history — the first was in 2013.  And if Khan's victory is confirmed, it will be a major break from the two parties that have controlled Pakistani politics for decades.

But not everyone is accepting Khan's claims. Official results haven't been announced yet, but some people are crying foul already. They've alleged vote rigging and have claimed monitors weren't allowed to review final tallies.

Accusations of vote rigging aren't unusual in Pakistani elections. But CNN reports things are pretty tense in the country already. On election day, there were reportedly hundreds of political arrests, a media crackdown and allegations that the military was secretly backing Khan.

And Reuters reports it's not clear if Khan's party will actually win a majority in the National Assembly, meaning Khan may need to form alliances with other parties and independents to establish a government.