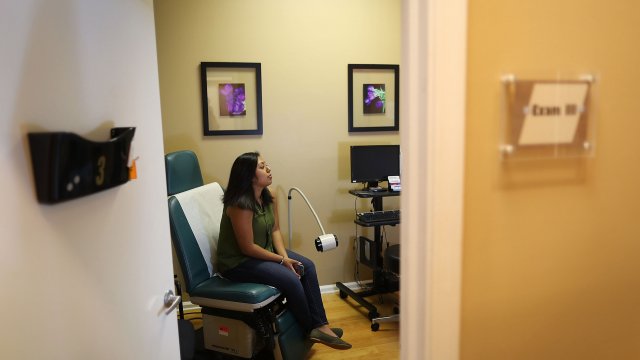 A recent investigation on the lack of regulation in the medical device industry is highlighting another controversy: physician gender bias.

"At first I wondered, is this really happening?" said Sasha Chavkin, reporter for the International Consortium of International Journalists and winner of the Scripps Howard William Brewster Style Award.

Sasha Chavkin is part of the award-winning "Implant Files", which dug into the failing oversight of medical devices worldwide. One of the many things he says he learned was how female patients were often overlooked by their doctors.

"One issue that I wrote about was breast implant safety and how there are thousands of women around the world who are reporting serious autoimmune problems and even in some cases, a form of cancer connected to their breast implants," Chavkin said. "And those women were essentially dismissed by their doctors and, in many cases, by health authorities as well who said these diseases don't exist."

In its report, ICIJ concluded that women were disproportionately harmed in many of the industry's scandals. It also found that medical implants are a higher risk for women than men, especially when it comes to devices made specifically for women.

Gender bias in medicine, from the doctor's office to the research lab, is far from new. But the ICIJ investigation demonstrates how difficult it remains to measure.

"Our health authorities have told us that this isn't a problem anymore and this isn't really happening," Chavkin said. "What it took was believing the stories of patients above the stories of those who are in power in order to make that reality come to light.”