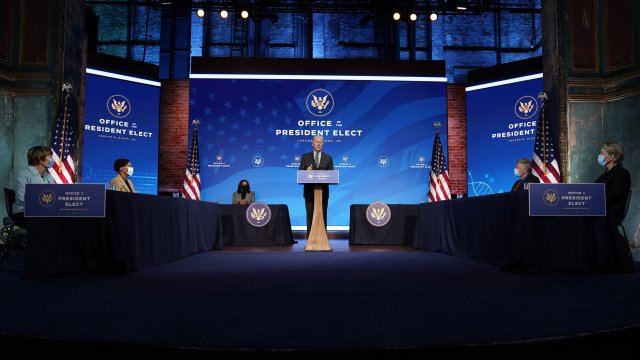 President-elect Biden's walking into a situation that is difficult. Two things: Taking office in the middle of a pandemic and the second impeachment trial of President Trump is looming.

What do we know of the timing of the Senate trial and how it will impact his agenda?

Timing is a really big question right now because House Speaker Nancy Pelosi has not yet sent over the articles of impeachment to the senate to formally begin this impeachment trial. There some talk she might do that later in the week this week. Once she sends those over, the rules dictate that the next day, the Senate will  begin debating what the rules of the trial are going to be.

If she does send those over later in the week, that could set us up to start an impeachment trial next week. The other question is exactly how the Senate is going to conduct the trial.

With the Biden administration coming in, a lot of things the Senate needs to get done — particularly confirming some of the nominees to Joe Biden's cabinet. What senators are trying to discuss right now and Sen. Schumer, the incoming majority leader, is discussing with Republicans, is the possibility of doing a split day situation where they are able to kind of spend half the day working on the impeachment trial and return to other normal business like cabinet confirmations during the other half of the day.

This is so we don't have this Senate brought to a complete standstill.