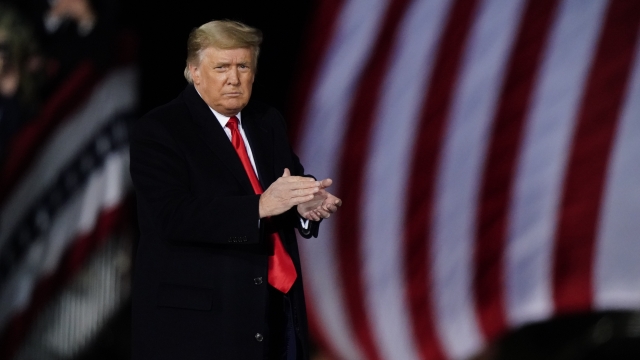 House Majority Whip Clyburn said impeachment conviction vote in Senate may be paused so the Biden administration can get its agenda going first.

The House could vote on impeaching President Trump as soon as Tuesday or Wednesday, but the Senate vote on conviction could be months away.

Appearing on CNN's "State of the Union," House Majority Whip James Clyburn said the House will introduce the articles of impeachment this week and laid out a possible time table for the vote in the lower chamber. However, he said House Democrats may wait until after Joe Biden's first 100 days as president to send those articles to the Senate. Clyburn said that would allow Biden to "get his agenda off and running" before Congress becomes consumed with impeachment.

House Speaker Nancy Pelosi will likely spearhead the unprecedented second impeachment. Clyburn said, "We will take the vote that we should take in the House and she will make the determination as to when is the best time to get that vote, get the managers appointed and move that legislation over to the Senate."

Two-thirds of the Senate must support a conviction and could prevent him from running for federal office again.

Newsy is committed to keeping you informed on the latest developments as they unfold. Join us throughout the week for live, uninterrupted coverage of these developments from the heart of Washington.