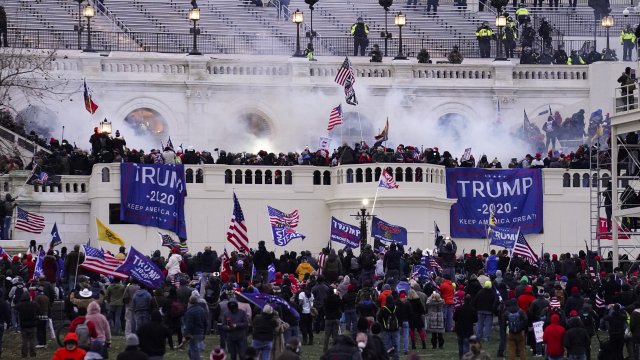 When we take a look back, impeachment managers played testimony during the first impeachment trial. There weren't hearings this time around and Senate Majority Leader Chuck Schumer said there doesn't need to be a lot of witnesses.

How do the impeachment managers plan to make their case this time around?

The impeachment managers are certainly holding their strategy a little close to their chest. They're not coming out just yet with exactly what evidence or witnesses they may want to present.

However, there is a slew of video, court documents, news interviews, of statements of people who participated in the riot. The rally itself in former President Trump's own words are on video as well.

All of those things could be introduced as evidence in the Senate trial. A website called Just Security put together a montage of some of the moments shared on social media combined with some of the statements we heard from former President Trump in that rally.

"President Trump is here. Here with us. We saw the motorcade. [Bleep] is about to get real."

"We're walking over to the Capitol now and I don't know, maybe we'll break down the doors."

"I salute you. Everyone you know to the other side of the Capitol. That's were Trump's going to be!"

All of those things feed into the House managers' argument — which is incitement of insurrection, which is the article of impeachment that the House passed against former President Trump.

Certainty a plethora of things that the House managers could introduce as evidence when they are presenting their case.