Immigration Judges Are In Very Short Supply. Here's Why 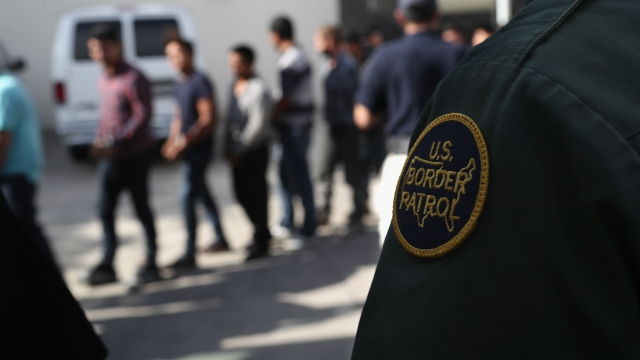 There's a massive backlog of cases in immigration court.

But judges equipped to handle those cases are in very short supply.

According to the Transactional Records Access Clearinghouse, otherwise known as TRAC, there are a little over 400 immigration judges facing more than 900,000 pending cases.

That load is far from evenly distributed. For example, in late March — which is the most recent data we have from TRAC — one judge in the Houston Immigration Court had more than 9,000 cases.

Judges in Arlington and Dallas? More than 7,000.

"Imagine a one lane highway and one exit ramp, and you now double or triple the lanes and still keep the same exit ramp, you are going to have traffic, you're going to have this bottleneck. And that's where we find ourselves is that for years and years of neglect, we have not had the budgeting," said Ashley Tabaddor, the president of the National Association of Immigration Judges.

And that often means hearings don't happen for a long time. There are hearings in New York City, for example, that are scheduled into late August 2023.

The head of the union that represents immigration judges told Newsy she believes somewhere between 1,000 and 1,200 judges are needed to tackle the huge backlog.

"It's quite evident that for the numbers to work out, you need more judges to be able to handle the influx of the cases particularly now where the emphasis on enforcement of the law is at its maximum level, and we're seeing just large, large volumes of cases coming in."

More judges isn't a particularly controversial proposal. Back in March the Department of Justice asked for $72 million in part to hire at least 100 immigration judges and support staff. In its budget request the department said it was aiming to have more than 650 immigration judges in 2020.