The Florida Governor's Race Is Getting Heated ... And Inaccurate 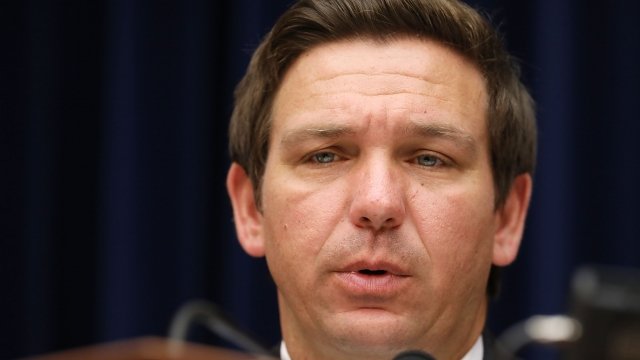 SMS
The Florida Governor's Race Is Getting Heated ... And Inaccurate
By James Packard
By James Packard
July 5, 2018
During a recent debate, the top two Republican candidates for governor argued over immigration, and one claim is worth fact-checking.
SHOW TRANSCRIPT

In a recent debate on Fox News, the top two Republicans running for governor of Florida traded jabs over immigration. At one point, Florida Agriculture Commissioner Adam Putnam accused Congressman Ron DeSantis of something we should probably check out.

"Your opponent, in an ad, calls you 'Amnesty Adam,'" said Bret Baier, who was moderating the debate.

"Well, that's — that's rich for somebody who voted in an agricultural bill to give food stamps to illegal immigrants," Putnam responded.

"Oh, that's not true, you know that, come on," DeSantis said.

Well, they're talking about a 2014 farm bill. It reauthorized benefits for food assistance recipients, as long as they were in the U.S. legally. DeSantis voted against the bill, and Putnam and his team argue that by doing so, he voted against ensuring that food assistance recipients were U.S. citizens. They say that means he supported giving food stamps to people who are in the country illegally.

But that's just not the case. DeSantis says he voted against the bill because it was too expensive and didn't offer enough "meaningful reforms." Beyond that, even if the bill had failed, existing regulations would have barred undocumented immigrants from getting food stamps.