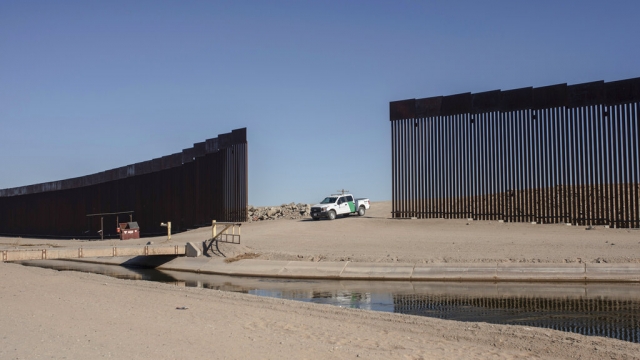 Immigration organizations eager for Title 42 to be lifted are ramping up efforts to help migrants seeking refuge in the U.S.

The Trump era public health policy turns away migrants to help prevent the spread of COVID-19.

Arizona Justice for Our Neighbors – a nonprofit that provides low-cost legal services – says they're training volunteers, increasing fundraising efforts and making sure their clients are ready despite a recent ruling that could further delay asylum cases.

"Preparing them for what immigration court will look like, how they can apply for asylum, and what evidence they would need to gather to support their asylum claims," said immigration attorney Ella Rawls.

In Nogales, officials expect the number of people trying to cross to surge.

According to the Department of Homeland Security, temporary detention housing will be increased at various points all along the U.S.-Mexico border with tents increasing capacity from 13,000 to 18,000 beds.

The Biden administration says hundreds of processing workers have been shifted to the border as well, bringing the total to around 23,000.

Title 42 was expected to expire on May 23, but this week a federal judge temporarily halted the Biden administration from lifting Title 42, following a lawsuit filed by more than 20 states seeking to keep the policy.

"The judge was inclined to side with the plaintiffs," said Rawls.

Rawls says the impact of the ruling is unclear until the judge publishes his final order.

"That would delineate what is going to be prevented, when it will take place, and how it will impact some of these other immigration policies"

In Arizona, two U.S. senators and the attorney general fear lifting the policy will cause an unmanageable rush of migrants and applauded the judge's ruling.

"It's a huge deal for Arizona and for the entire United States because we are continuing to fight back against the Biden administration's lawlessness," said Arizona Attorney General Mark Brnovich.

Arizona senator Kyrsten Sinema and senator Mark Kelly, both Democrats, want to extend the policy at least 60 days to prepare.

"What facilities and where are the facilities going to be to house this increased number of migrants?" said Kelly.

The mayors of Tucson, Arizona and Brownsville, Texas released a joint statement reading in part that they are prepared and have been working with the Biden administration to ensure resources are in place to process asylum seekers.

"We're gonna be working through this to see if we can come to a position that our caucus can agree on. There's divisions there now," said Sen. Chuck Schumer.

But in neighboring Pima County, there are some concerns about housing migrants. The county is expecting about 650 migrants to be released into the area per day, more than the number of beds the local catholic-run aid program has.

With the judge's ruling still unclear on the end of Title 42, Rawls worries the mixed messages could put lives in danger as the temperatures near the border heat up, and migrants stuck waiting in Mexico for months grow desperate.

"When you have an administration that is continuing policies at the border that prevent asylum seekers who are seeking safety in the United States per international law. They are incentivized to go through the parts of the border that are the most dangerous," said Rawls.

Title 42 is also playing into politics here in Arizona as over the weekend, Katie Hobbs, the frontrunning Democratic candidate for governor, changed her opinion supporting the Biden administration's efforts to lift it. She now calls it a rash decision.

The Louisiana federal judge will hear arguments on May 13 which will determine if he decides if Title 42 will be lifted or must stay in place.