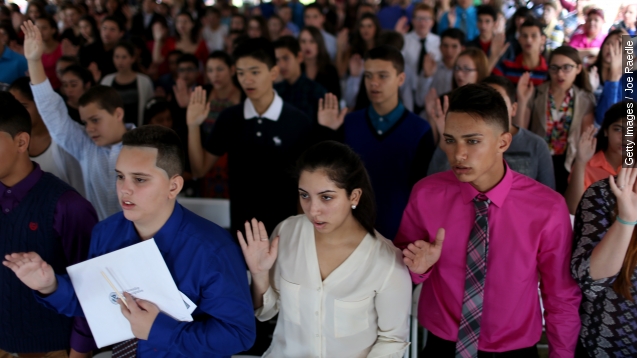 When candidates are asked about immigration issues, it's often packaged as a way to pander to Hispanic and Latino voters.

"Why should Latino voters trust you now when you left them at the altar when reform was very close?" asked CNN Espanol's Juan Carlos Lopez.

But actually, in multiple polls of Hispanic voters, immigration isn't the top issue they care about — not even in the top three.

Hispanic voters actually care most about the economy, according to a Univision poll from this year. The next most important issue was education, then health care and then immigration.

That's pretty similar to the order of the most important issues for American voters generally.

In a Gallup poll from this summer, voters also ranked the economy and health care as most important. Immigration was the seventh most important issue.

But even if your stance on immigration isn't Hispanic voters' top concern, you do run the risk of pushing voters away.

Lucky for the party that has seen rhetoric like this...

61 percent of Hispanic voters said Trump’s comments represent only his own views, and only 14 percent saw them as representative of the Republican party.

This video includes Getty Images and "Merlot" by Birocratic / CC BY ND 3.0.