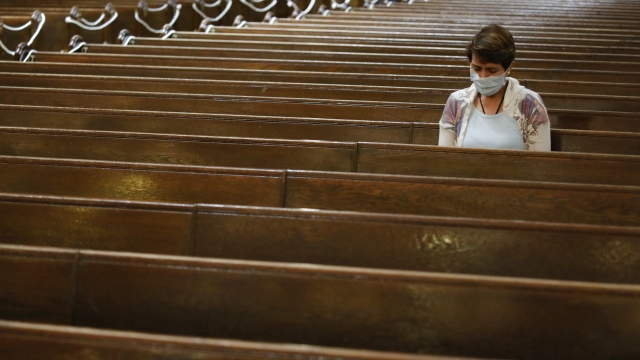 Rosa Sabido has been living at a Methodist church in Mancos, Colorado for years.

"In the beginning, I thought it was going to be just for a few weeks, but things have been getting more complicated and have become 41 months. Three years, five months in sanctuary, and still waiting for relief," Rosa Sabido said.

Immigration and Customs Enforcement avoids taking people into custody from what it considers "sensitive" locations, including schools and places of worship. That's why some people here illegally — like Sabido, who came from Mexico — have turned to sanctuary churches after exhausting their legal avenues to stay. Some are speaking out ahead of this election, hoping voters will support candidates who favor more open immigration policies.

"There are so many needs and so many things that need to be fixed right now that are broken and they have been broken for a long time."

So how will voters respond? A 2019 Gallup survey revealed that more than a third of respondents were in favor of deporting all immigrants living in the U.S. illegally. Sixty-one percent opposed the idea. But it's not clear how those views will be reflected at the polls — especially since several recent surveys suggest immigration is not a top issue for most voters this election.

"I'm holding here and holding myself and am hoping that we can see that victory, because it's not going to be a victory just for a few of us, it will be for a lot of people," Sabido said.

In the meantime, Sabido and others are hoping to find a member of Congress who will introduce a private bill to grant them permanent residency. The Trump administration has been resistant to this practice.