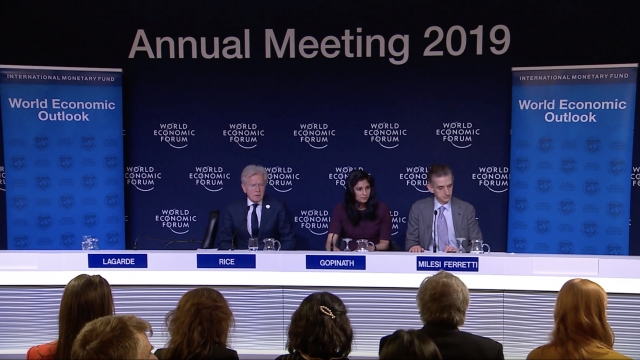 The International Monetary Fund warned Monday that the world economy was slowing faster than expected, and it said trade tensions between the U.S. and China are partly to blame.

The IMF revised its global growth estimates in a new report, lowering its previous projected growth of 3.7 percent in 2019 to 3.5 percent. The report points to several reasons for the slowdown, including Germany's new fuel emission standards and economic uncertainties in Italy and Turkey.

But two things that are particularly concerning, the IMF says, are a potential "no-deal" withdrawal of the U.K. from the EU and slower economic growth in China. Retaliatory tariffs between the U.S. and China already contributed to a decline in global economic growth last year, and the IMF says it'll only get worse if the trade war continues.

The IMF recommends countries try "to resolve cooperatively and quickly their trade disagreements ... rather than raising harmful barriers further and destabilizing an already slowing global economy."

In December, the U.S. and China agreed to a 90-day truce as trade negotiations continue. Although no deal has been reached as of yet, Treasury Secretary Steven Mnuchin reportedly proposed the U.S. offer to lift tariffs on Chinese goods.