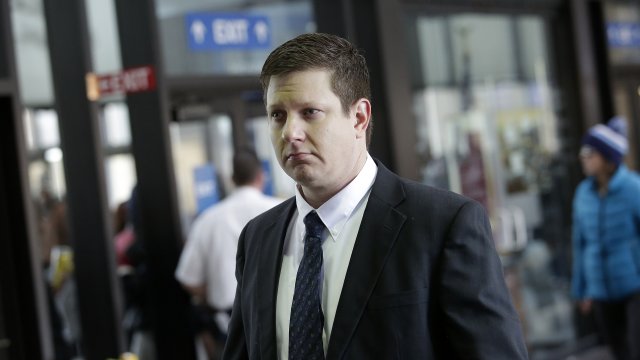 The unusual request from the prosecution could have led to a stricter sentence for Van Dyke.

Let's take a step back: In October, a jury in Cook County convicted Van Dyke on one count of second-degree murder and 16 counts of aggravated battery. And in January, a judge sentenced Van Dyke to nearly seven years in prison for shooting McDonald, a black teenager, over a dozen times in 2014. Prosecutors argued previously that Van Dyke should serve up to 20 years in prison.

Last month, a special prosecutor filed a petition asking for a new sentencing hearing for Van Dyke, arguing that the judge improperly sentenced him only on the second-degree murder count and not the aggravated battery counts — which are more serious under Illinois law.

But now that the state's highest court has rejected that petition, prosecutors don't really have any other legal moves to make Van Dyke's sentence longer.

The Illinois Supreme Court didn't give a reason for its decision.