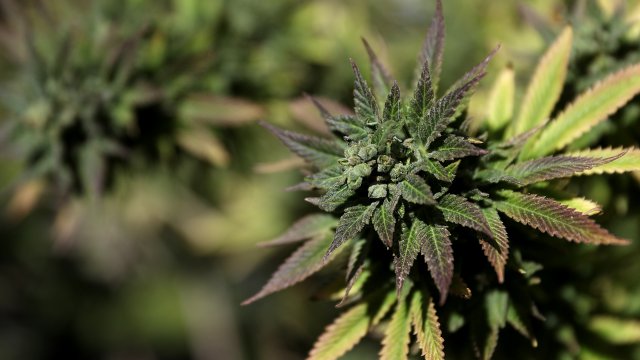 SMS
Illinois Set To Become 11th State To Legalize Recreational Marijuana
By Alec Larson
By Alec Larson
May 31, 2019
After passing through the House and Senate, a marijuana legalization measure now heads to the governor's desk for final authorization.
SHOW TRANSCRIPT

On Friday, the Illinois House passed legislation that could make it the 11th state, along with Washington D.C., to legalize recreational marijuana.

Illinois's House gave passage to the bill in a 66-47 vote. The state would become the second to legalize marijuana through legislation, as opposed to a ballot measure, if Governor J.B. Pritzker signs the bill into law.

The bill would allow residents to have up to 30 grams, and non-residents up to 15. It also allows the governor to pardon anyone with a conviction of possession under 30 grams on their record.

The bill's sponsors say it's expected to bring $57 million in revenue for the state in 2020, when the law would go into effect.

Pritzker said in a statement, "This will have a transformational impact on our state, creating opportunity in the communities that need it most and giving so many a second chance.”

Pritzker has publicly stated he would sign the bill into law if it reaches his desk.