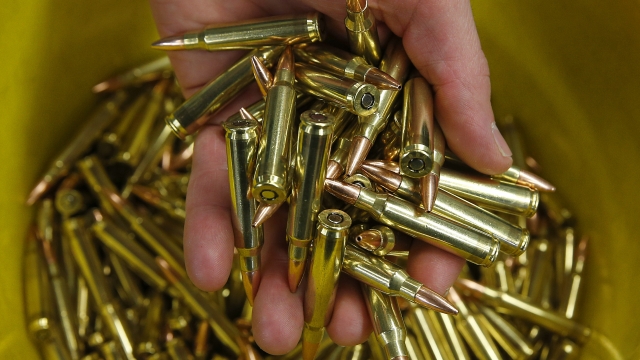 Gun violence in Chicago is a problem, and one state representative has a new proposal to help — track the bullets.

Rep. Sonya Harper announced a proposal to require serial numbers on all bullets sold in the state of Illinois.

"We just want to know how the guns and the bullets are getting into the hands of our youth and causing senseless harm and murder on our streets," Harper said during a press conference.

Her proposal, which she plans to introduce in the state House later this week, would put the onus of imprinting those serial numbers on the gun manufacturers, and sellers would have to keep records of who buys bullets.

Ammunition Coding System, a company based out of Washington state with the technology to imprint the serial numbers, is part of the pitch. The company tested the readability of its serial numbers on 181 recovered bullets, and the serial number was readable on 180 of them.

If passed, that means bullets found at a crime scene could have two tracking methods: a serial number and the unique rifling from the gun's barrel.

Proponents say those serial numbers would give police a first stop in their investigation to determine who bought the bullet. Opponents, such as gun shop owners, worry the law will require a massive amount of paperwork.

The concept of putting serial numbers on bullets isn't new. In 2005, California considered a similar bill that would have required a code on all bullets sold in the state. Ultimately, that bill passed the state Senate but failed in the Assembly.