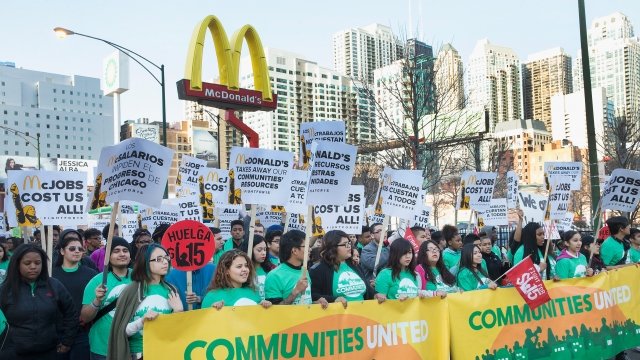 By Ryan Biek
August 27, 2017
Gov. Bruce Rauner cited a controversial study when he vetoed a bill that would have raised the state's minimum wage to $15 within five years.
SHOW TRANSCRIPT

Illinois' governor vetoed a bill Friday that would have raised the state's minimum wage to $15 an hour within five years.

Gov. Bruce Rauner argued raising the minimum wage to that level would ultimately hurt the people it's designed to benefit.

Rauner cited a University of Washington study that found when Seattle boosted its minimum wage to $13 last year, low-wage workers' hours were cut back so that, on average, they earned $125 less each month.

But that study goes directly against a different one by the University of California-Berkeley that didn't find any reduction in hours for those working in Seattle's food-service industry. 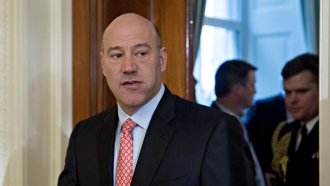 Trump's Chief Economic Adviser Says He Was Under Pressure To Resign

Ultimately, both studies have faced criticism for how they were conducted.

Critics point out the University of Washington's study didn't factor in businesses with multiple locations — for example, McDonald's.

However, according to the University of Washington's researchers, surveys showed businesses with multiple locations were actually more likely to reduce staff.

On the other hand, critics of the Berkeley study note it only looked at workers in the food service industry, and some have argued the Washington study had a better source of data.

In nearby St. Louis, a new law taking effect Monday will drop the minimum wage from $10 to $7.70.

Though he didn't make the law, Missouri's governor defended the move by citing the University of Washington study.