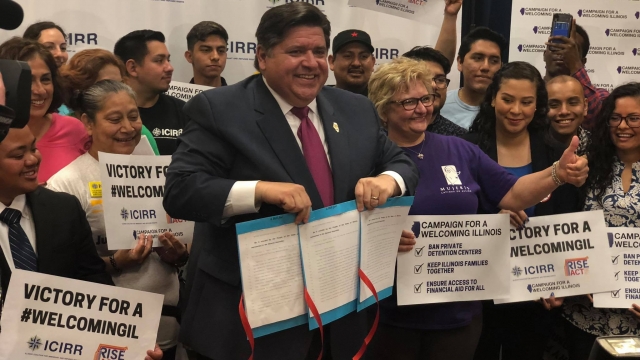 The second prohibits police from working with Immigration and Customs Enforcement officers when it comes to removing undocumented immigrants.

The third bill makes both undocumented students and transgender students eligible for a college grant program.

This legislation is being seen as a direct response to President Trump's past comments and policy proposals towards undocumented immigrants.

The president told reporters, "Everybody that came into the country illegally will be brought out of the country very legally."

This past Monday, President Trump said immigration officers will begin deporting a large number of undocumented immigrants. The National Immigrant Justice Center said they'd been told raids would start in Chicago and other major cities on Sunday.  But President Trump said Saturday he was delaying the operation.

Pritzker said in a tweet, "The state of Illinois stands as a firewall against Donald Trump's attacks on our immigrant communities."