This Could Be The Most Expensive Governor's Race In The US 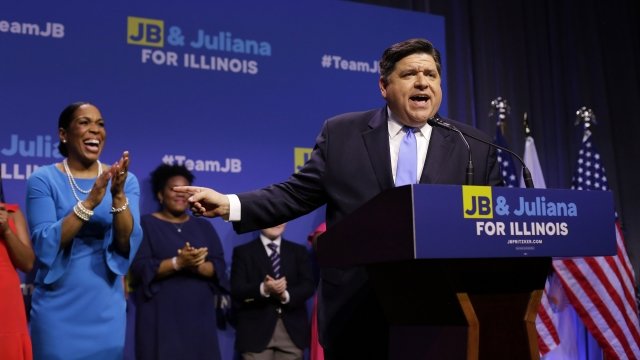 SMS
This Could Be The Most Expensive Governor's Race In The US
By Katie Cammarata
By Katie Cammarata
March 21, 2018
The Illinois primary was Tuesday, and gubernatorial candidates are already pouring a lot of money into their campaigns.
SHOW TRANSCRIPT

This year's Illinois governor's race could be the most expensive race of its kind in U.S. history.

The state's primary was Tuesday, and at least two of the gubernatorial candidates reportedly put a lot of their own money toward their campaigns.

ABC reports the most expensive governor's race in U.S. history was California's in 2010 and says candidates spent about $280 million. The outlet reports in this year's race in Illinois, both parties have spent about $160 million so far.

There's no telling how much more each campaign will spend before the Nov. 6 election.