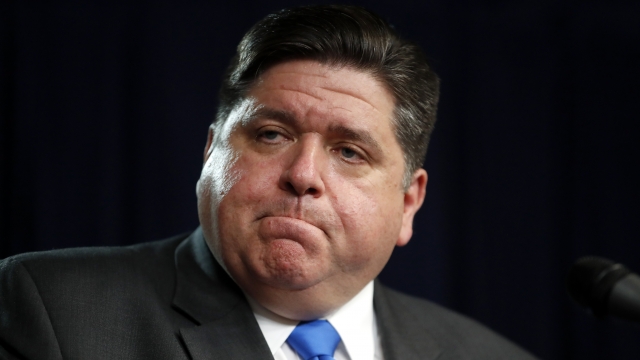 SMS
Illinois Gov. J.B. Pritzker Extends Stay-At-Home Order
By Ahmed Jawadi
By Ahmed Jawadi
March 31, 2020
The order was initially set to expire after April 7; it will now run through the end of April.
SHOW TRANSCRIPT

Illinois Gov. J.B. Pritzker will extend the state's stay-at-home order through the end of April.

On Tuesday, Pritzker said the order, which was set to expire after April 7, will now run through the end of April. It requires residents to stay home as much as possible, as well as follow social distancing guidelines when in public. Schools and nonessential businesses will also remain closed for the time being.

Pritzker said it's still hard to say when the state's coronavirus cases will peak, but that the greatest risk of hospitals reaching capacity is "weeks from now."

"If we can end these orders earlier, I'll be the first one to tell you when we can start to make strides toward normalcy again," Pritzker said. "Illinois has one of the strongest public health systems in the nation, but even so, we aren't immune to this virus' ability to push our existing capacity beyond its limits. We need to maintain our course and keep working to flatten the curve."