Illegal US Border Crossings Appear To Drop Significantly In February 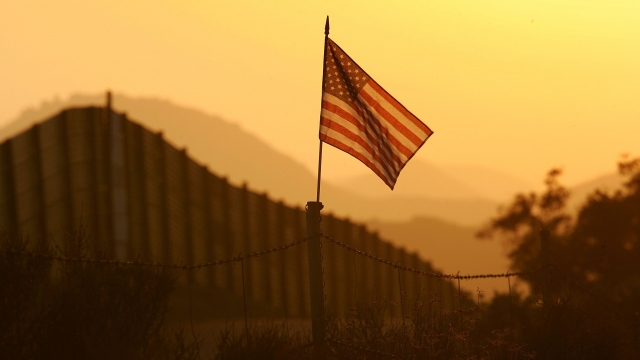 Illegal border crossings appear to have dropped in February, and the Trump administration is taking credit.

U.S. Customs and Border Protection reports over 23,000 people were caught at or prevented from crossing the southwest border in February 2017. In February 2016, that total was over 38,000 people.

Secretary of Homeland Security John Kelly reports from the beginning of October — when former President Barack Obama was in office — until Trump's inauguration, patrol officers apprehended 157,000 undocumented immigrants, an increase from the same period a year before.

It's unclear if that number is country-wide or just at the southern border.

The Trump administration has expanded the power of immigration officers and vowed to end the so-called "catch and release" program. And plans for the multibillion-dollar border project are moving forward.

The mere talk of tougher immigration policy might contribute to fewer border crossings. But experts say other factors, like the political climate in a person's home country and the cost of smuggling, can have an effect, too.