Illinois' Upcoming Race For Governor Is Expected To Cost $300M 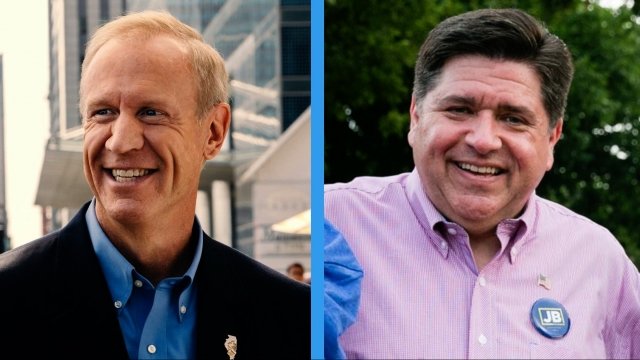 At an estimated $300 million, Illinois' upcoming gubernatorial election is shaping up to be the most expensive statewide election in U.S. history.

The current most expensive statewide election was between California gubernatorial candidates Meg Whitman and Jerry Brown in 2010. It cost $280 million.

The high evaluation of election costs stems from the present funds of each major candidate. Republican governor and multimillionaire Bruce Rauner is currently sitting on $70 million. $50 million came from Rauner's own personal funds, and other candidates are now scrambling to keep up.

Democratic candidate J.B. Pritzker — who's an heir to the Hyatt Hotel fortune and worth $3.4 billion — has so far collected $14 million for his campaign.

Pritzker's campaign manager told Politico, "I've never in my career started a race with an opponent sitting on $70 million at the outset." Political figures from both sides of the aisle are just as shocked by the size of the funds.

Other Democrats in the race have so far collectively raised $3.3 million.

This level of spending isn't out of the ordinary for Rauner. For his 2014 campaign, he spent $65 million. More than a quarter of those funds went to TV advertising, and that strategy will most likely continue into his 2018 campaign.

In fact, Rauner has already started more than a year before the 2018 primary.

Back in March, he spent over $1 million on an ad that promoted his budget plan and targeted Democrats as the cause of Illinois' financial crisis. 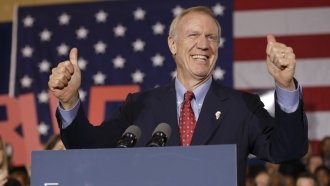 And speaking of the state's finances, Illinois may have finally voted on a budget after two years without one, but the state still needs to take care of $15 billion in unpaid bills, as well as $130 billion worth of unpaid pensions.