Ikea's Iconic Frakta Bags Are Getting A Makeover 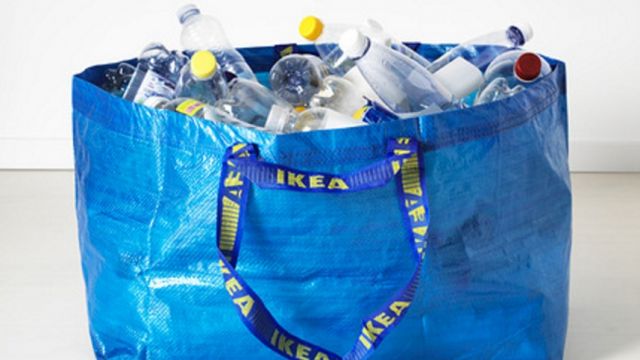 SMS
Ikea's Iconic Frakta Bags Are Getting A Makeover
By Calvin Stovall
By Calvin Stovall
June 10, 2016
The infamous blue and yellow bags will have a new look in 2017 thanks to a collaboration with Danish brand Hay.
SHOW TRANSCRIPT

Ikea just gave one of its most familiar items a makeover — the 99-cent Frakta bag.

The reusable blue and yellow bags have been a staple for the Swedish store and a customer favorite for their versatility. Some use them for storage; others use them to transfer laundry; and in 2014, a Swedish woman discovered that a church did some remodeling and used the bags to house old human remains found under the floors.

The new green and white bags are made of thin woven fabric, not the tarp-like polypropylene the old totes used. The bag's designer said the new colorway was chosen for its long-lasting fashion appeal.

The bags will be released in 2017 as part of a minimalist collection of home goods and furniture designed by the Danish brand Hay. Ikea hasn't announced how much the new bags will cost or if the classic design will still be available.

This video includes clips from WFTS and images from Ikea.