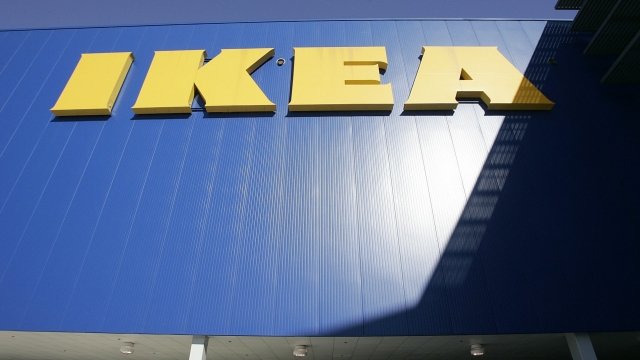 Ikea said it will stop selling all single-use plastic items like cups, straws and plates.

Ikea said it will stop selling all single-use plastic products by 2020.

CNN reports the furniture store will phase out items like plastic cups, straws, and plates — including paper products with plastic coating. Ikea also says it will stop handing out plastic items like straws, cutlery and drink stirrers in its restaurants.

Ikea has nearly 390 stores worldwide, with 54 of those stores in North America. Inter Ikea Group's CEO said, "Through our size and reach we have the opportunity to inspire and enable more than one billion people to live better lives, within the limits of the planet."

According to the U.K. Government Office for Science, plastic makes up about 70 percent of all litter in the ocean. And researchers warn the amount of plastic in the ocean is predicted to triple by 2025.

Countries around the world have made strides to help cut down on plastics. Chile is set to become the first country in South America to ban businesses from using plastic bags. And the European Union recently proposed a ban on certain single-use plastic products.