IKEA's Founder Has Died At 91 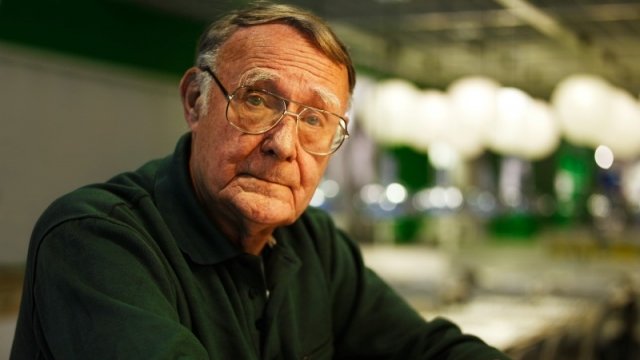 Ingvar Kamprad died Saturday at the age of 91.

He was the founder of the world's largest furniture retailer, IKEA.

Kamprad started the business in Sweden in 1943, when he was just 17. His empire has since grown to 412 stores, and he was a part of the company's operations until 1988.

He died at home surrounded by family after a short illness, according to a press release from the company on Sunday.

IKEA's CEO and president said in a statement, "His legacy will be admired for many years to come and his vision — to create a better everyday life for the many people — will continue to guide and inspire us."