If It's Freezing, New York's Homeless Are Forced To Go To Shelters 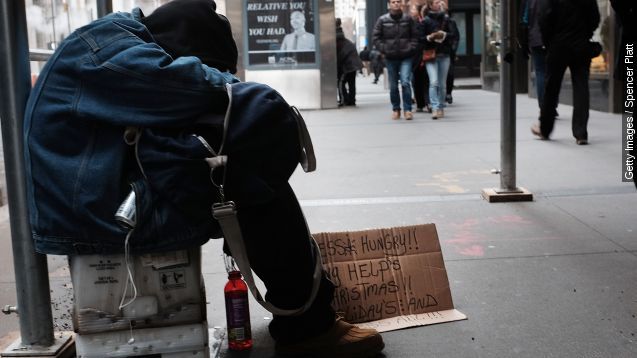 SMS
If It's Freezing, New York's Homeless Are Forced To Go To Shelters
By Katie Link
By Katie Link
January 4, 2016
Forecasters predict the temperature in New York will be below freezing Tuesday, the same day Cuomo's order goes into effect.
SHOW TRANSCRIPT

New York City has a problem with homelessness, and it seems to have one too many people trying to fix it.

On Sunday, New York Gov. Andrew Cuomo signed an executive order mandating that authorities take homeless people to shelters whenever the outside temperature hits the freezing point. It's an effort the governor says is "about compassion." But it's also an effort some say fuels a fire of dissent between the governor and New York City Mayor Bill de Blasio.

More than 57,000 people seek shelter in the city on a nightly basis and the mayor, who some say inherited the homelessness crisis, has been pressured to fix that. Just weeks before Cuomo's order came down, de Blasio announced new efforts to try to curb homelessness. As for getting people out of the cold? De Blasio says he's already been doing that.

"It seems to simply reiterate what's already in the law and the power we have to bring people in off the streets, and we use that power, let's be clear. If any NYPD officer thinks someone is in danger, they have the right to bring them in," de Blasio said at a news conference in response to Cuomo's executive order.

But here's a big difference: New York City's current strategy for helping the homeless during winter weather "encourages" homeless people to seek shelter. Under Cuomo's orders, they must be taken in even if they refuse. A fact critics have taken issue with.

"People got a choice. If they want to go, they'll go," a homeless man told WCBS.

Cuomo defended his order in an interview with WCBS 880. He said: "If I get sued for keeping people safe and getting people in from the cold because they were endangering themselves, then so be it. I get sued for a lot of things. I'll get sued for that, too."