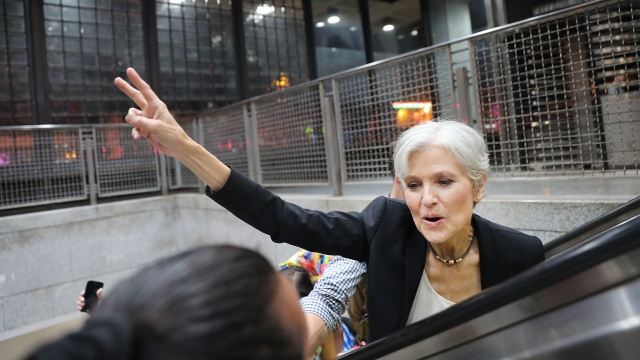 SMS
Snowden Will Get More Than A Pardon If Jill Stein Is Elected President
By Samantha Crook
By Samantha Crook
September 13, 2016
The Green Party candidate said she'd offer him a role in her administration.
SHOW TRANSCRIPT

In an opinion piece for The Guardian, the Green Party candidate wrote: "Snowden's whistleblowing was among the most important in US history. It showed us that the relationship between the people of the United States and the government has gone off track and needs a major course correction."

Stein said if she were elected, she would immediately pardon Snowden and offer him a position in her administration — along with other whistleblowers like Chelsea Manning and John Kiriakou.

Snowden spoke to The Guardian about why President Obama should grant him a pardon. He faces multiple felony charges after leaking documents about the National Security Agency's mass surveillance programs.

The biopic about Snowden's story opens in theaters later this week.