Molding Identities Of The Missing 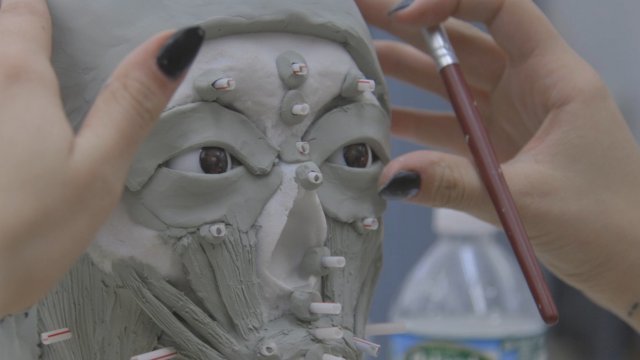 On this table, numbers are their identity. The details are few.

"Male, Hispanic, 35-50 years old and approximately 5-foot-10." More than a dozen skulls. People who brutally lost their lives. We don't really know when, and we don't really know how. But their cases are cold — and they've been left to students at the New York Art Academy to solve.

Joe Mullins said, "It doesn't matter what the situation is. its a human life that passed away. ... What we're trying to do is find answers for these families. ... We are the last-ditch effort. DNA has been exhausted. These individuals have gone through the ringer trying to figure out who they are. this is it. This is their last hope."

"It doesn't have to be pretty, it just has to be correct," he said. "There's a face that goes with this skull, and if you sculpt the wrong face, it is not going to help get this person identified."

The artists will spend five days using the skull as a road map. Was their nose big or small? How far apart were their eyes? The skulls give clues to the answers.

"Since we know so little about who this person was, we start with what we know. These muscles had to be here, and they attached here."

"Take your finger put it in where the deepest, where your finger slides in the most, that means ... your eyelids."

"Don't want to cover the teeth — the teeth are important, they measure the lips."

For possibly the first time, the artists have no say.

"It is hard to restrain creativity."Because unlike the typical sculptures for these students, these people have a true story. And it's the artists' duty to follow it.

Alissa Siegal studied at the Academy decades ago. Now she's taking this class with her daughter Anabel. Siegal says as her skull takes shape, the situation becomes more real.

"As I start to look at this guy and see hows he's different than the other people, it's like as he's growing physically. He's growing in my mind too."

Because these stories are real. They aren't just skulls. For now, they're untold. But if they do it right, these stories will find someone somewhere and give these numbers back their names. 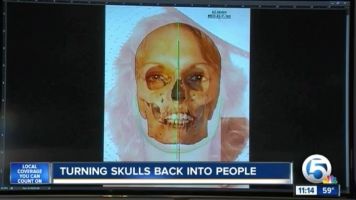