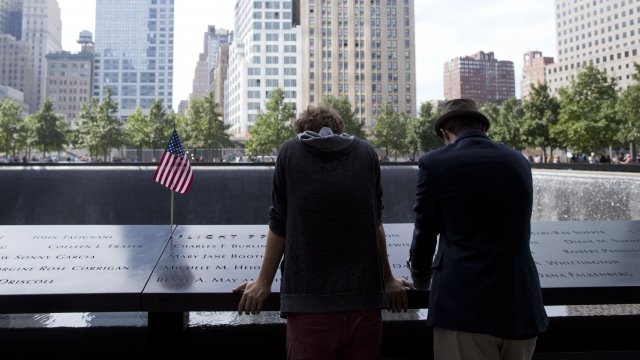 It's been 17 years since two planes hit the twin towers and killed more than 2,700 people. To this day, only 60 percent of the 9/11 victims have been identified. The difficulty is due in part to the bones being in many fragments, says Mark Desire, the assistant director of forensic biology for New York City's medical examiner's office.

"The things that these remains were exposed to — fire and water, jet fuel, diesel fuel, mold, bacteria, the elements — all these things destroy DNA, and they were all present. So these are some of the hardest samples to ever have worked with in this crime lab or any other," he says.

He has been there from the start of the World Trade Center case — putting a name to the fragmented remains since 2001. Over 1,000 victims are still unidentified, and the agency uncovers one unidentified victim a year. Now, new DNA technology is helping identify the rest. 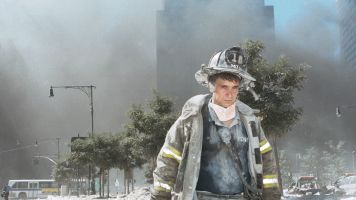 "From the very start, back in 2001 — and some labs still use this technique today — to break the bone up, you would pulverize it using a mortar and pestle or a hammer," he says. "Now that the process has advanced, we're able to use equipment that can pulverize that bone and create a fine powder like never before."

Desire says one of the new techniques to extract DNA includes using liquid nitrogen and an ultrasonic system to turn a sliver of bone fragments into a very fine powder. Chemicals and robotics are also used to extract DNA and generate a profile.

"Generating DNA profiles from bone, that's only half of this challenge," Desire says. "The other half is you have to have something to compare it to, otherwise you're not going to be able to do anything with the DNA profile. Families have given us over 17,000 reference samples for World Trade Center — toothbrushes, razors and hairbrushes as well as samples from family." 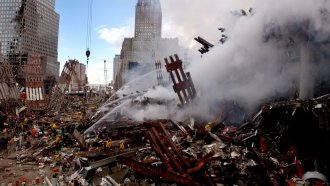 In July, Desire and his team identified Scott Michael Johnson, a 26-year-old securities analyst who worked on the 89th floor of the south tower.

"The commitment today is as great as it was in 2001. That commitment to making these identifications has not wavered," Desire says.

There are over 7,000 unidentified remains, and the agency said they will continues to retest previous unsuccessful DNA samples with new technology. Desire says hundreds of fragments have been matched to previously identified victims — but each year they uncover one unidentified victim, like Johnson. Remains are then returned to families.

"Seventeen years later, there's a lot of hugging and crying with the families. This is a very close-to-home project. ... As forensic scientists, we're trained to be impartial, unbiased, not get emotionally involved in any of your work, except for World Trade Center. We make the exception for World Trade Center."

Desire credits much of their success to a former chief examiner's forward thinking. That colleague preserved bone fragments because he knew technology was going to improve. Today, some of the groundbreaking DNA methods implemented by the agency are used to identify victims of mass fatalities, plane and train accidents and terrorist attacks around the world.

"I look at the samples that we're identifying today and this week, and I said, 'I remember we had no hopes in the past; I never thought we'd be able to make identifications,' and here we are," says Desire.