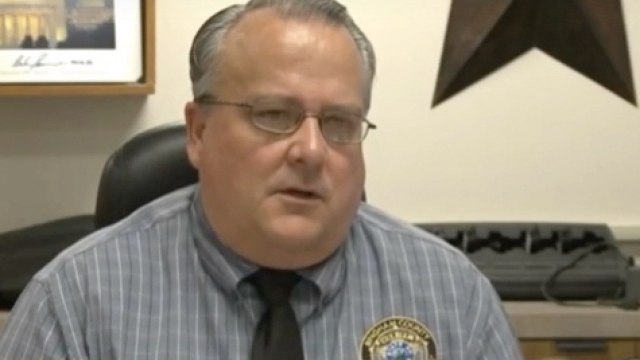 An estimated 1 in 5 women have been raped. And if you lived in Idaho and wanted to report it, you'd go to authorities, who would prepare a rape kit and send it off to be tested, right? Not necessarily. And perhaps it's because of mentalities like this:

This is Bingham County Sheriff Craig Rowland. He gives an example of a scared 17-year-old girl who claims she was raped because she's afraid to tell her parents she had consensual sex with her boyfriend.

Sheriff Rowland opposes new Idaho legislation that would standardize the collection and tracking of evidence from rape kits.

Patients can ask for their kits not to be processed, but otherwise law enforcement would need approval from the county prosecutor in order to not process it. The current protocol allows law enforcement to use their discretion in deciding whether to process a rape kit.

Democratic state Rep. Melissa Wintrow introduced the bill and called out the sheriff on his stance.

"Many times people are focused on a woman's behavior and the victim's response, when we should be thinking about what are we teaching men in this society. What are we teaching young boys and men about how we should not initiate or cross any physical boundary without consent?" Wintrow said.

This video includes clips from KIDK and The Oregonian.